In the tradition of “never let a crisis go to waste”, the Nevada Democrat-led Legislature during the 32nd Special Session presented Assembly Bill 4 which “Revises Provision Related to Elections”.  A couple of items first: no, this was not the 32nd special session of 2020, it just feels like it; second, even the most sweeping of proposals can and often do have the most innocuous of names.

The modifications to election law have come in four parts:

As each of matters stand on their own, although related, let’s walk through these one at a time.

Mail-in Ballots and their Dispersal

This portion has undoubtedly received the lion’s share of attention, specifically the notion of voting by mail.  In full transparency, this is the portion that worries me the least of this bill.  On it’s own, mailing in your ballot is a practice that has been in place since at least the Civil War.  I want to be clear: I am only referring to the physical act of mailing in a ballot… that is all.

That having been said, proactively sending everyone in Nevada a ballot is beyond ludicrous.  Nevada’s voter roles are far from clean.  Twelve years removed from the Acorn debacle, Nevada is planning to send every registered voter a ballot.  We know that Nevada’s population is transient.  On a regular basis, people move out of Nevada with no mechanism of cleaning the voter lists.

Quick math says roughly 60% of today’s Nevadans are registered voters (Nevada Sec. of State Voter Registration Statistics). With more than 500,000 Nevadans leaving since 2016, you can estimate that results in approximately 333,000 voters.  That is 18% of the entire voting population.  Enough to swing any election in Nevada. Ignoring the math is tantamount to inviting confusion and fraud.

The basic covenant between the voter and State is in the establishment of a safe and free environment within which to exercise the right to vote.  By allowing ballot harvesting, and thereby inviting the sort of open voter intimidation which was the hallmark of Tammany Hall and Boss Tweed, Nevada would be breaking the very foundation of our electoral principles.  It is the obligation of the State to affirmatively ensure safety during the act of voting, and guarantee the voter is free of coercion and influence.  The voting booth, and the overt act of requesting an absentee ballot, are minimal provisions we have accepted as a society in the meeting of that goal.

No Nevadan should be placed in a circumstance where a vote is unduly influenced, or the voter intimidated, because of electoral choices.  Ballot harvesting, as broadly defined in this bill, opens the door for employers, civic organizations, unions, and special interests to question, and perhaps compel some individuals to vote, while discouraging others from exercising their voting rights.  This broad and codified voter intimidation is at the very heart of the Jim Crowe voting suppression laws our nation fought against and overcame.

Allowing operatives and other non-family actors to intrude in the free exercise of voting is an open invitation toward influencing the sanctity of the individual vote, calling into question the validity of the election in whole.

Acceptance of Ballots Past the Election Date

In what is the least reported and therefore unchallenged portion of AB4, registrars are empowered to accept and count ballots received past the election for three days where the date cannot be determined.  This language is directly lifted from California, and the same results will follow.  In 2018, people filed into their registrar’s offices with stacks of 100-200 ballots each, resulting in an additional 250,000 votes above and beyond what was present on election night, flipping at least 6 Republican House election night victories.

When is an election victory not an election victory?  When you can still send in your vote if you don’t like the result.  Early voting for weeks on end is no longer enough… now we must extend past the election itself.  Democracy… I think not.

In what was already a confusing labyrinth of weak statements on signature verification, AB4 further confuses and weakens this critical, last and potentially only verification of vote validity.  No longer does the registrar need to personally certify the acceptance of an anomalous signature (read: weird, not similar, blank, etc.), now it can be any two employees from the Registrar’s office.  Will the employee names be logged? Will the Registrar review? How will the anomaly be logged? Silence on all of those steps.  In a matter where a ballot may or may not be valid, you would assume that the Legislature would want to be crystal clear as to the steps required to ensure transparency… but no. Crickets.

As a result of this ham-handed approach to any meaningful signature verification, the standard has become: count it all, regardless of origin.

Assembly Bill 4 has caused reprehensible harm to Nevada’s election process.  Not because of the mechanism of mailing in a ballot… that is the smoke screen that has been happily pushed by the authors of this abomination.  AB 4 creates a series of overlapping and interlocking pieces which collectively create a potential hive of voter intimidation, suppression, and fraud.  AB4 is the single most consequential shift in electoral power and process in Nevada history… at least until next Legislative session when these changes are made permanent and not only applicable during an emergency declaration. 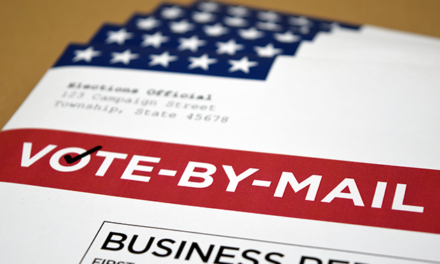 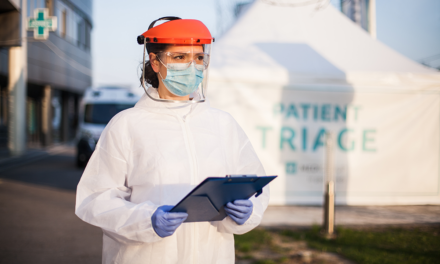 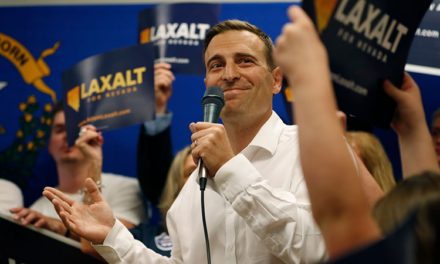